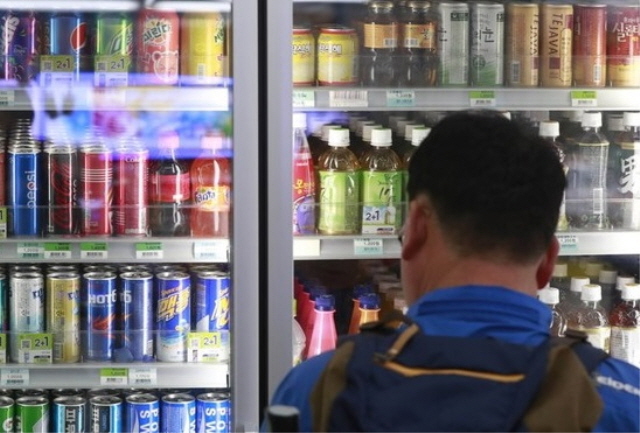 SEOUL, Jul. 31 (Korea Bizwire) — As temperatures continue to hover close to 40 degrees Celsius, sales of energy drinks were found to have jumped fivefold in recent days.

According to the e-commerce website Gmarket, sales of all drinks between July 1 and 26 increased by 23 percent compared to the same period last year.

The soaring demand for sports drinks, said to be helpful for recovering moisture lost in the body after being discharged as sweat, lead to a 95 percent increase in sales.

Of these sports drinks, energy drinks saw a staggering 397 percent rise in sales.

Caffeine-based drinks such as Monster Energy and Hot Six are some of the most popular energy drink products over the summer this year.

A marketing executive at Gmarket said that as many people have become sleepless at night due to the tropical weather, consumers have been looking to drinks that contain taurine and caffeine for comfort.

Caffeine-free barley tea products (18 percent increase in sales), mixed tea products (63 percent), and traditional drinks such as sikhye and persimmon punch (85 percent) have been very popular with the public as well.

Bottled water, both mineral and carbonated, was also a hot seller with 61 percent and 46 percent increases in sales, respectively. Sales of soda products grew by 56 percent compared to the same period last year.

Meanwhile, many consumers were found to be flocking to neighborhood coffee shops to avoid the heat.

According to Gmarket, sales of e-coupons for use at coffee shops in exchange for drinks saw an explosive growth of 295 percent.

With the increase of environmentally-friendly consumers, sales of thermal bottles grew by 31 percent as well.