Creating a new dish by combining two different, but similar foods, such as ramen and black-bean-sauce noodles, is a practice commonly found in South Korean food culture.

Carbo Hot Chicken Ramen by Samyang Food Co., for one, is a combination of carbonara and Korean-style hot peppers.

What’s more, ‘somaek’ is created by mixing soju and beer, and the so-called ‘50seju’ is made by mixing baekseju and soju.

This practice of mixing two different kinds of cuisine or liquor is seen as a part of Korean food culture where bibimbap, or Korean rice with mixed vegetables, and seokkeojjigae, or Korean mixed stew, are counted as some of the most representative Korean dishes. 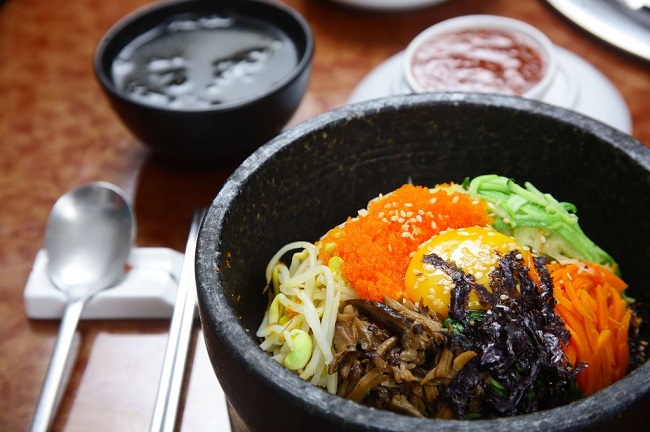 While ‘fusion’ foods exist in foreign food cultures where a certain cuisine influences another, mixing two kinds of food is something very different. Kimchi tapas, for one, uses Asian recipes for Western cuisine.

Banh mi, a Vietnamese sandwich that comes with a baguette with fish sauce and cilantro on top, is a classic example of borrowing ingredients or instructions to create a ‘fusion’ cuisine.

Attempts to create a chemical mix of two different kinds of foods, like ‘chapaguri’, are rarely found outside of South Korea.

“It is probably in the DNA of South Koreans to mix things, which can also relate to the central factors that drove the success of ‘Parasite’,” said Suh Yong-gu, Professor of Marketing at Sookmyung Women’s University in Seoul.