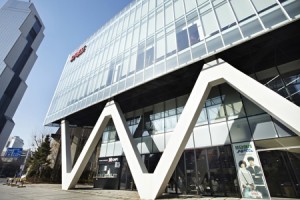 The online backlash against WeMakePrice started on January 8, when about 100,000 subscribers closed their accounts to express their anger towards the company. (image: WeMakePrice)

SEOUL, Jan. 15 (Korea Bizwire) — WeMakePrice, a Korean social commerce company, is suffering a major setback from a decrease in sales, web traffic and online subscribers, thought to be caused by the recent controversy over the company’s firing and re-hiring of 11 merchandising assistants.

According to a weekly report by Nielsen Korea on January 14, the number of visitors to the company’s e-commerce website decreased by 25.1 percent to 1 million during the period from January 9 to 11 compared to January 2 to 4.

WeMakePrice refused to discuss the speculated figures, saying that it does not disclose its sales data to the public, and would not make any exceptions even given the current situation.

Through this tactic, the WeMakePrice website became the most visited social commerce website, for PCs and mobile devices, over a 10-month period in 2014. WeMakePrice also hired super-star Shin Min-Ah to compete with open market commerce websites such as G-market and Auction.

WeMakePrice has a history of firing its employees under unpleasant circumstances. In 2011, it dismissed around 100 employees with only one week’s notice in order to dissolve an accumulated deficit.