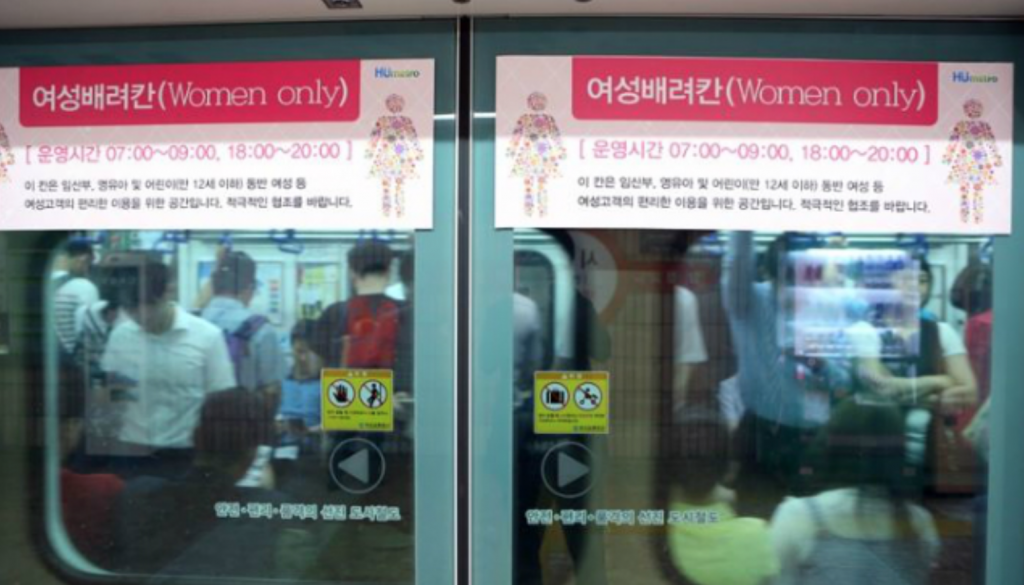 The trial run will last until September 19, at which point the corporation will determine whether to continue the operation, based on passenger feedback and public opinion. (image: Busan Transportation Corporation)

BUSAN, June 23 (Korea Bizwire) – The pilot operation of women-only subway cars during rush hours took off in Busan Wednesday. The pilot project, limited to Busan Metro Line 1, is aimed at providing safety, comfort, and convenience to female passengers. Between 7 and 9 a.m., and 6 and 8 p.m., the fifth car on eight-car subway trains is designated for women only.

The reactions have turned out positive among women passengers.

“It was more comfortable because I didn’t have to worry about unpleasant physical contact on the crowded subway,” said a 44-year-old female passenger.

“I think it’s good that they offer these women-only cars, because often it’s very frustrating when you see the subway cars are jam-packed with commuters, leaving you make unwanted physical contact,” said another woman in her 20s.

But there were some confusion and even fuss among the riders, largely from a lack of publicity related to the implemation of the designated cars.

“I didn’t know it was a women-only car,” said a male passenger in his 30s, who claimed accidently rode in a women-only car. “There was nobody on the platform that informed me of it. I agree with the project’s intentions, but it definitely needed more advertising.”

“It was the first day of operation so we’ve had some confusion,” said an official from the Busan Transportation Corporation. “But it will steadily improve, and we’ll continue our efforts in advertising and passenger guidance so that the policy normalizes soon.”

The trial run will last until September 19, at which point the corporation will determine whether to continue the operation, based on passenger feedback and public opinion.